Mexico: (Spanish Translation coming! Links will be here and on Twitter! Amazon

Spain:  (Spanish Translation coming! Links will be here and on Twitter!) Amazon

This is the handbook you need now — the summer of 2019 — to survive on Twitter… An up-to-the-minute updated edition will publish this Autumn but the information contained in this book continues valid and will give you a solid grounding in what could be affecting your Twitter account. If you think your posts couldn’t possibly be flagged by Twitter, think again and read the latest review below…

Twitter: Surviving Change includes the latest on the “auto-suggest” issue that led many users to believe they were shadow-banned during the past two years.

If you have experienced a decrease in Interactions, a declining number of Impressions, difficulty posting and/or replying, a temporary lockout, less sales and web traffic from Twitter referrals, or you just have a feeling that something isn’t quite right… then read this book now.

The level of enforcement on Twitter has increased since their latest Rules were implemented in March. Your account can be compromised right now, and you don’t even know it. Follow our checklist and quickly see how others see you on the platform.

Learn what to do if you find you have been penalized or if you’re caught in one of the platform’s known glitches. What took us months to research and repair, you can now accomplish in a matter of days with this book.

We realized the old advice we read for finding success on Twitter no longer worked for our accounts. Retweets and Likes didn’t matter so much anymore. “Impressions” suddenly became the new goal. Automated Retweets and Likes would get you kicked off the platform fast.

Twitter was once a fantastic seller’s market for us (writers and publishers) but that all changed at the end of 2017, so we had to figure out what to do to survive on the platform  We discovered how bot purges, software bugs, algorithm changes, outright account bans, and stealth penalties had apparently affected numerous accounts on the platform.

We still see issues with many accounts every day on Twitter.

Our resources for Twitter: Surviving Change are shared within the book and will put you a step ahead of everyone else: we tell you where to go to obtain up-to-the-minute information and how to avoid future issues.

Kurt Seapoint is the pen name for an independent publisher with more than a decade on Twitter. Surviving Change was written to help you identify issues with your Twitter stream and get back on track as soon as possible. Many of the examples mentioned occurred with our own accounts and with people we are acquainted with on the platform. In this book, we strive to provide accurate and practical information to help you successfully navigate our favorite platform. 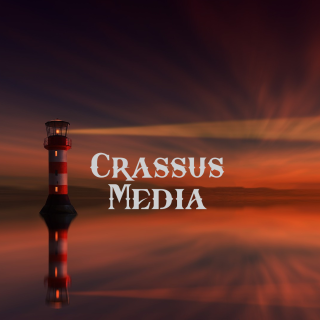 Independent Publishing Company based in Dublin. Books and Calendars, Journals for Writers available through your local bookshop and online book retailers.